One of the most common questions we get asked is just what is snagging?

Snagging is an informal expression used within the construction industry in the UK and Ireland. It is used to describe the process of defect identification and resolution.

It is starting to be used in other contexts such as software development and is an expression that is starting to become more widely known outside the building industry. This partly is due to the fact that most new build properties are now purchased off-plan exposing the buyers to the snagging process. Additionally, snagging is also a major source of conflict between the buyers of brand new homes and the house builders that has led to regular coverage of snagging in the media.

A snagging list, also known as a snag list, is a list of defects in a new build property.  They are the result of a visual inspection of  a new home carried out by a qualified professional, or a new home buyer.  A variety of professionals are qualified to carry out snagging inspections, including chartered surveyors and experienced construction industry professionals.  They are known in the trade as snaggers.

It is advisable to get a professional to create your snagging lists as they will find more defects than a layperson and the house builder is not obliged to inform you about the defects that they are aware of.  It is a case of buyer beware.

What are the top 10 snagging defects?

The top ten snagging defects that we see in new build properties are:

When is the best time for a snagging inspection?

The answer to this question depends whether you are buying the property off-plan or not.

If you are not buying the property off-plan and the property is build complete you should have it inspected before you exchange contracts. This will allow you to have clauses written into your contract to cover snagging issues, such clauses could allow you to hold back a sum of money or delay completion until the remedial work is completed to standard.

If you are buying off-plan it is usual to exchange contracts before the house has been finished or even started. In this case the best time to have the snagging inspection completed is when the builder serves notice to complete. This is usually done two weeks before you move in (legal completion) and will provide the builder with a reasonable amount of time to deal with any snagging defects identified during the inspection.

It is important to note that you can have the inspection carried out at any time in the first two years of your warranty and submit a snagging list at any time during this period.

Can the developer deny you access to the property?

Until you have completed, in legal terms, the property still belongs to the developer and they may try to deny access to our snagging inspector.

However, you have a legal interest in the property and for this reason your solicitor will be able to arrange access if the builder is being difficult. In recent years this has not been a major issues as most developers are used to dealing with us and the HBF has published a voluntary code, Customer Service Code of Conduct, which states:

15. The home builder will co-operate with appropriately qualified professional advisors appointed by the customer to resolve disputes, if they arise.

Will your inspectors carry out a structural survey?

Our snagging inspectors are chartered surveyors, home inspectors or time-served site managers and although they are not carrying out a structural survey they will highlight defects that require further investigation.

On occassions this has led to completion being delayed while the matter is investigated further. It should be noted that this should be handled by your legal representative as a failure to complete once notice has been issued is a breach of contract and the builder will seek damages unless you have good reason for this course of action.

Who is the best builder?

This is a question that we get asked daily and the answer is that there isn’t one.

However, some individual sites are better than others in term of quality of finish and the number of defects and this is largely down to the skill and diligence of the site manager.

The large builders in particular struggle to produce homes to standard and from our experience are often riddled defects. These are often the result of poor site management, a shortage of experienced trades, and the fact that the teams are a random assortment of sub-contractors and contractors.

What is liquidated damages?

The housebuilders will usually include a clause in the contract specifying the amount of damages that can be claimed in the event of legal completion being delayed. It is usually in the order of £50 per day.

The term is applicable to all legal contracts where damages are specified in the contract.

What is a stock home?

A stock home is a new build property that is complete and ready for habitation. The property was either not sold off-plan or the sale fell through. These houses will often be the least desirable units on a developement. For this reason you should be able to negotiate significant discounts and incentives.

For this reason you should be able to negotiate significant discounts and incentives.

The builder has changed the design, what can I do?

If the builder has made changes to the design or specification it is possible that they have contravened the Property Misdescription act.

However, only Trading Standards can take action under the act, so you should speak to them. You can make a civil claim for misrepresentation, which your solicitor can help you with.

It is not uncommon for the builder to include substitution clauses in contracts that allow them to change the specification. This is not unreasonable as specified products may not be available when the property is built for a number of legitimate reasons. However, these changes should be like-for-like substitutions.

If the contract does not stipulate like-for-like substitutions it may also contravene the Unfair Terms in Consumer Contracts Regulations 1999 (UTCCRs):

The Unfair Terms in Consumer Contracts Regulations 1999 (UTCCRs) superseded the UTCCRs 1994, and apply to standard contract terms used with consumers. The UTCCRs protect consumers against unfair standard terms in contracts they make with traders. The OFT, together with certain other bodies, can take legal action to prevent the use of potentially unfair terms. A term is likely to be considered unfair if it causes a significant imbalance in the parties’ rights and obligations under the contract, to the detriment of consumers. The UTCCRs say that a consumer is not bound by a standard term in a contract with a trader if that term is unfair. Ultimately, only a court can decide whether a term is unfair.

The Office of Fair trading took action against Barratt Homes that resulted in clause 3.2 being removed from Barratt’s standard contract. This clause gave the supplier a wide discretion to change what was being supplied to the consumer, for such widely defined reasons as ‘as may be expedient or necessary and as the Company in its discretion thinks fit’.

Should I use the solicitor recommended by the developer?

Absolutely not, although the solicitor is obliged to act in your best interest this does not always happen and it is not worth taking the risk.

Remember the solicitor recommended by the developer will make much more on the conveyancing referrals recevied from the builder compared to the fees that you pay. If the builder offers to provide free conveyancing as an incentive, ask for a cash payment instead.

Can I claim compensation from the developer for delays to completion?

The answer to this question depends upon whether the builder has served notice to complete.

If they have served notice, you will be able to claim liquidated damages. The amount you can claim will be specified in the contract and will be in the order of £50 per day. However, the builders will only serve notice once they are absolutely certain that they won’t have to pay any damages. They do this by serving notice just a couple of weeks before the property is finished.

If they have not served notice, it is not possible to claim compensation. This is despite the fact that the sales staff will have probably given you an unrealistic moving date to close the deal resulting in significant inconvenience and expense. The best way to mitigate this risk is to buy a stock home or to use a part-exchange scheme if one is available. 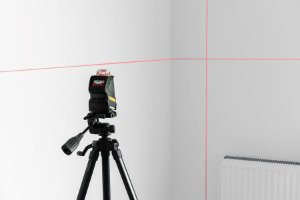 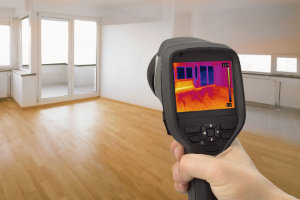 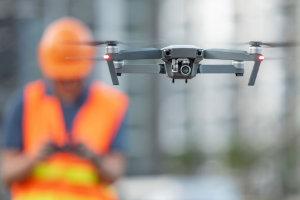 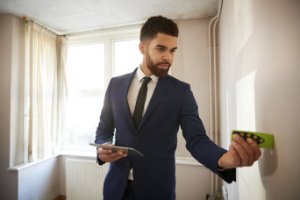 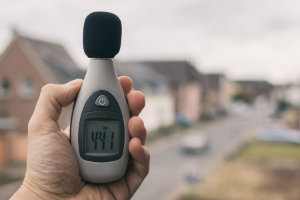 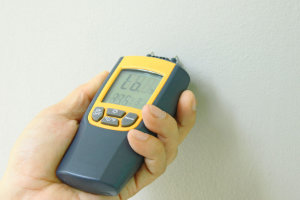 We are able to offer substantial discounts to those wishing to have multiple units inspected on the same day.
0845 22 66 486