The new style of renting: bring the cat, dog and the kids too - New Build Inspections

The new style of renting: bring the cat, dog and the kids too 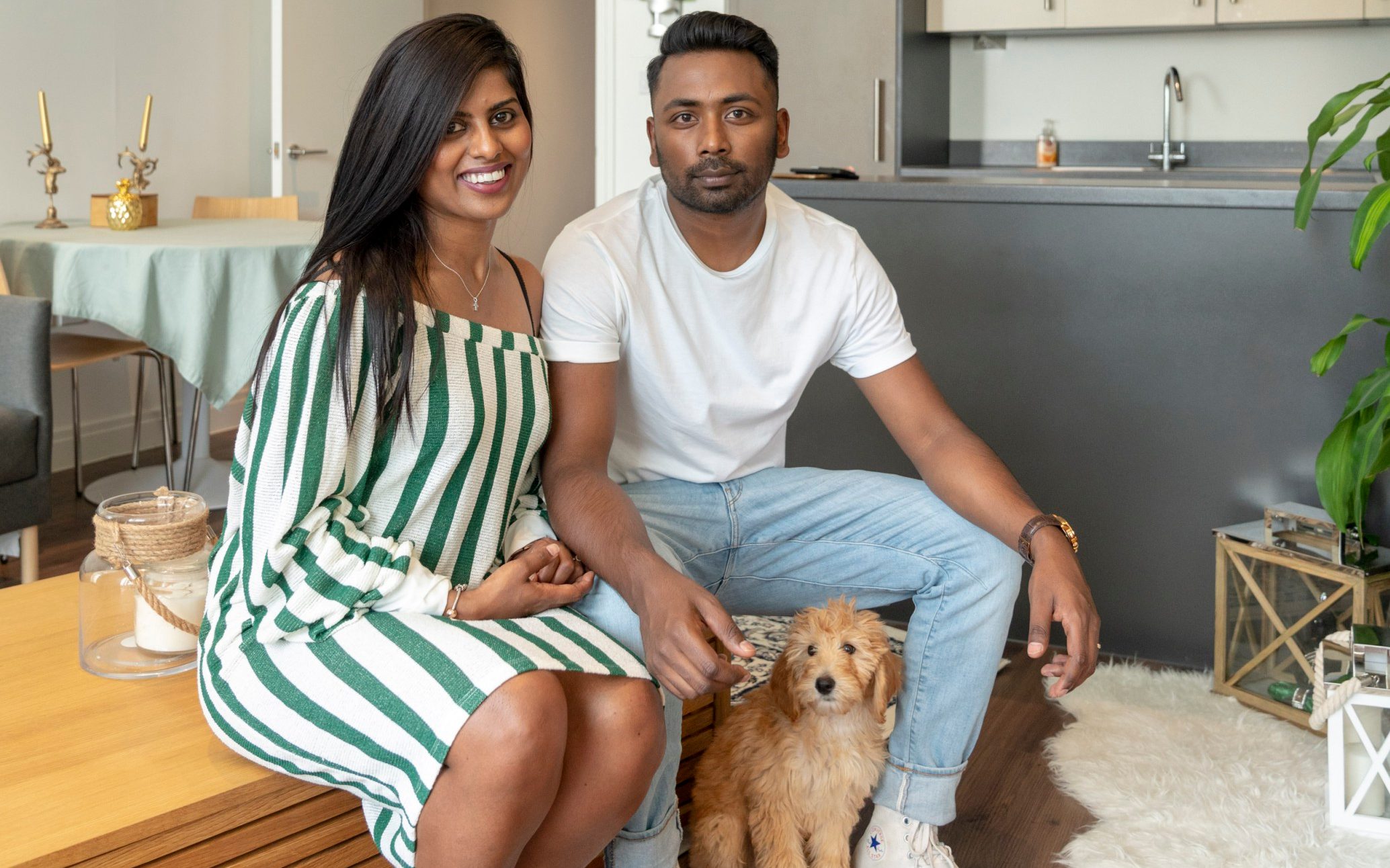 In the heart of London’s Shoreditch, eight new industrial-chic apartments are ready to be rented. With bold modern art, floor-to-ceiling black steel-framed windows and metal balconies, a three-bedroom pad will cost a cool £4,800 per month, marketed by Knight Frank.

An import from the United States, these kinds of developments, which are purpose-built for renters, have ­professional landlords and are backed by institutional investors such as pension funds. They started appearing in around 2012 in central London and Manchester.

In prime locations, and ­often with a concierge, boasting gyms, swimming pools and spas, they were designed with high-earning millennials and work-hard-play-hard professionals in mind.

First-time tenants saving for a deposit were not the target, yet these schemes – dubbed build-to-rent – were hailed to be one of the major ­solutions to the UK’s widespread and chronic housing crisis.

Six years on and these swanky flats are still being developed: Richmond Mews in Soho, for example, will set you back £3,445 per month for a one-­bedroom apartment.

However, the £2.6 ­billion build-to-rent sector is now evolving to cater for more tenant tribes, including families and older people. There’s now a recognition that infinity pools and cinema clubs are not a must-have in a rental complex; ­affordable rents, family-sized units, and longer-term letting agreements are the industry’s new priorities.

Helen Gray, of consultancy CBRE, agrees: “When the sector was first emerging there was a clear focus on building luxury homes in London and Manchester. The concept was new and there was a lot of nervousness from investors.” Build-to-rent developers were also competing against traditional housebuilders for sites, which pushed land prices up. A top-end product therefore justified the spend, she adds.

There’s now a recognition that infinity pools and cinema clubs are not a must-have in a rental complex; ­affordable rents, family-sized units, and longer-term letting agreements are the industry’s new priorities

But the industry was missing a trick: the mainstream rental market accounts for 2.5 million households, according to JLL. Around 500,000 of these homes are lived in by students, but the remainder are key workers and young families on a modest income.

“They tend to live on the periphery of regional city centres and more than half of these households are in 20 UK cities including Manchester, Birmingham and Leeds,” Whitten explains. “Therefore, we need more affordable build-to-rent homes designed with these tenants in mind.”

The number of build-to-rent properties has increased from 0.8 per cent of all new homes under construction in 2012 to nearly nine per cent in 2017, and over the past year construction levels in the regions have edged above those in the capital for the first time.

In 2016 the number of build-to-rent homes under way outside London accounted for only 45 per cent of the national ­total. But according to data from the British Property Federation and Savills this has now flipped, with 62,021 new starts outside the capital, just surpassing London’s total of 62,016.

Not only are the regions accounting for higher volumes of building, but London has also lagged behind at ­delivering more affordable family homes for tenants.

An example of this is GreenGate in Manchester, a family-friendly apartment complex. With three-bedroom flats, it’s close to several ­nurseries and schools and has a laundry service, housekeeping and large communal gardens. A one-bedroom apartment costs £895 per month, rising to £1,550 for three bedrooms.

After it was established in Manchester, the next place outside the capital that build-to-rent is now spreading is along the south coast. The professional landlord Moda has just released plans to develop a £220  million build-to-rent urban village in Hove, which will be one of the largest new schemes in the area. The site will comprise 860 new homes with gardens, office space and five-year family friendly tenancy agreements.

Close to Hove station, the complex will also have views of the sea, bike rental, roof terraces for barbecues and allotments for residents. The landlord plans to launch the MyModa app, which tenants can use to book childcare or a laundry service.

Further west, the 300-home, £60 million Bow Square in Southampton is nearly completed. Situated in the old part of the port city, the landlord Atlas is transforming a former fruit and vegetable market into a new build-to-rent neighbourhood.

The complex will also have views of the sea, bike rental, roof terraces for barbecues and allotments for residents

One-bedroom apartments are available at a cost of £855 per month, and two-bedroom homes are £1,015. It’s pet-friendly with a community garden and an underground car park.

Fabiana Palloni has recently moved into Bow Square with her husband ­Alexandre, their two children Yasmin and Victor and their shih-tzu, Millie. Palloni works in the restaurant trade and wanted to be within walking distance of work, school and the shops. Bow Square amenities opened in July, and the family are using the lounge, gym and yoga studio.

In Scotland, Moda has submitted plans in the historic Fountainbridge ­district of central Edinburgh. As part of the wider Springside regeneration, it proposes building 221 build-to-rent homes ranging from studios to three-bedroom duplex apartments suitable for families. The site will cover 15,000 sq ft of amenity space to house a courtyard, communal roof terraces and healthcare facilities.

“The current vogue for urban build-to-rent developments ignores the fact that there is growing demand for a ­different style of renting, from a consumer that is most likely married, has children and owns a car,” says Jonathan Ivory, the managing director of Atlas. “They want their own front door and a garage, and the communal amenities and maintenance that is becoming a mainstay of build-to-rent.”

Schemes are moving out of the city centres to the surrounding suburbs and commuter belts, with Hayes in London’s western outer reaches becoming a build-to-rent centre. The residential developer HUB has just completed the Material Store with 189 flats, including 26 triplex apartments on its Old Vinyl Factory site. It is renting it out with build-to-rent management company Fizzy Living. A short walk to Hayes and Harlington Crossrail station, it has a children’s playground, party rooms and communal terraces.

After moving to London from ­Johannesburg, Michael Walters, 32, and his wife Priya, 35, moved into a two-bedroom duplex apartment in The Gatefold building – also part of the Old Vinyl Factory – last year. Walters, a ­renewable energy specialist, wanted to find a sociable complex which was pet friendly and good value. Crossrail and superfast broadband – included in their £1,650 rent per month – were other key attractions.

“Build-to-rent is offering significantly improved options for residents across the UK,” says property adviser Ashley Perry of LIV Consult. “The increased focus on affordability and the emerging mix of rental homes is at last bringing choice to people who can’t or don’t want to buy a home.”

Against a backdrop of an affordability and supply crisis, it seems that these build-to-rent properties, created with families in mind, may be the key to opening our hearts and minds to long-term renting as a lifestyle choice.

“These homes can provide a sense of security not previously seen in the UK’s private rental sector, which will allow tenants to make longer-term life decisions,” says JLL’s Whitten, pointing to lengthier tenancy agreements. “We need to see as many different types of homes as possible built in order to significantly increase supply, and provide adequate housing for our rapidly growing and ageing population. Build-to-rent will play a significant role in this.”