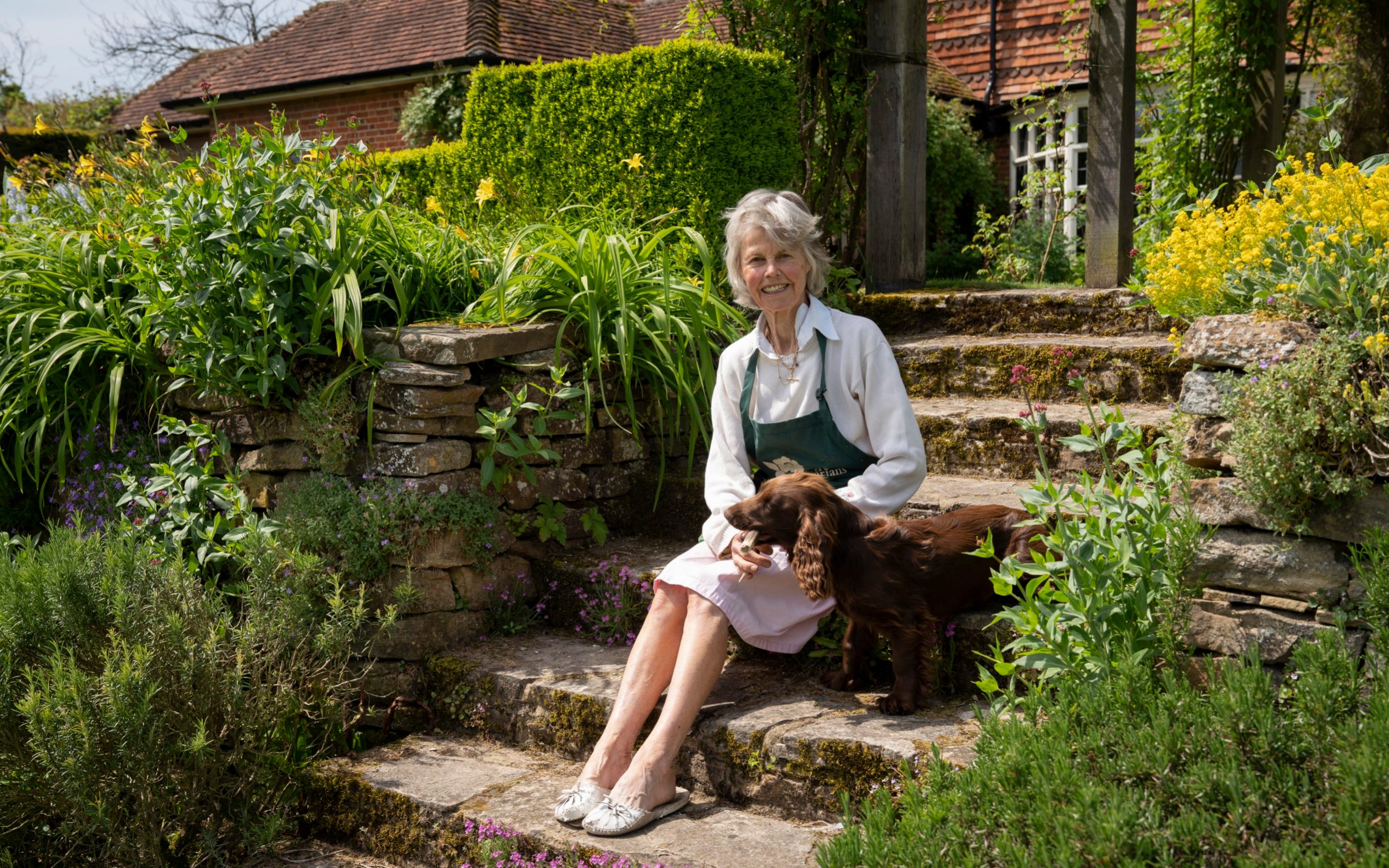 To find a masterpiece buried in the back garden, after it had been lost for a century, is the stuff of an Enid Blyton story. Yet that is exactly what happened to Rosamund Wallinger soon after she moved into The Manor House in the village of Upton Grey, near Basingstoke in Hampshire.

It was 1984 and Rosamund and her financier husband, John, had moved down from Paultons Square in Chelsea to start a new life in the sticks. The Manor cost less than £200,000 and was a good buy at the time, but the house was in a dreadful state, derelict and with many burst pipes.

The garden, which was overrun with weeds and brambles, had been neglected for decades. Rosamund, now 75, was no gardener, and she viewed the task of making that jungle presentable with some trepidation.

When she met Gilly Drummond, of the Hampshire Gardens Trust, she discovered that the garden’s original design was by Gertrude Jekyll, one of the leading lights of the Arts and Crafts movement.

Born in 1843, she created more than 400 gardens across the world, and collaborated with Sir Edwin Lutyens, designing the landscapes around his famous houses.

Gilly also knew that Jekyll’s original drawings for The Manor House Garden could be found at the University of California at Berkeley. The seeds of an idea took root: Rosamund would recreate Jekyll’s garden exactly as it had been in its glory days.

“This project came about mainly due to incredible good luck,” says Rosamund. “If the City had been doing better in the early Eighties we’d have had more money and wouldn’t have bought this house. And if its previous owners had been richer, they’d perhaps have put in a swimming pool and a tennis court, which would have made restoration work extremely difficult.

“As it was, there had been no damage done to it. It is true that the drystone walls had collapsed, but their Purbeck stones were still here, as were the shallow steps that are so typical of Jekyll. The garden was mendable.”

In May 1984, copies of the 19 original plans for the garden, dated 1908 and 1909, arrived in Upton Grey from the University of California. Work immediately began on clearing “incorrect” trees and weeds, and digging out trenches for yew plants.

In the more formal gardens Rosamund sterilised and cleared soil before doubledigging and feeding it with manure. Plants and seeds, as prescribed by Jekyll, were ordered for delivery, as were all shrubs, roses and the yew plants for hedging. Sourcing this collection was surprisingly easy, as the great horticulturalist admired her plants more for their collective effect than their rarity or individual beauty.

Today you get the best view of the five acres of gardens from the slightly elevated terrace, from where a heavy oak pergola, hung with ship’s ropes, leads from the house down steps to the Rose Garden.

We have hardly made any headway into the garden before Rosamund is stopped and questioned by groups of visitors. At least 3,000 people pay to see the gardens in summer and each one gets a short lecture. Isn’t this all quite a lot of hard work? “I find them very interesting and instructive,” she says. “They come mainly from overseas and some bring me presents.

“To me, creating this garden is like being an artist, and to be one you need to communicate. I don’t think I’d bother to do it if it weren’t for the visitors. There’s also something about nature that makes you want to share it with others.” The formal gardens stand within a geometric framework of low yew hedges.

Layered in terraces and supported by dry stone walls, everything is very structured. The main borders are planted in typical Jekyllian “drifts” of colours, moving from cool blues and whites through to warm yellows and oranges to central fiery reds.

It seems inconceivable that a gardening novice could have created this. What was her level of incompetence when she started? “I couldn’t recognise a dianthus or a pink,” she says. “But I had run businesses, an antique book shop in Pimlico Road and a catering company which cooked lunches for important people in the City. So I had confidence, which is a great thing.”

More steps lead to the bowling and tennis lawns, beyond which there is the nuttery, where hazelnut trees are kept to provide branches for hurdle fencing. The Wild Garden, where lazy, winding paths lead to a pond, is a contrast to the manicured perfection of the Rose Garden.

Finally there is the Kitchen Garden, where cuttings, seedlings and annuals are kept to supply stock for the main borders.

The lovely old Arts and Crafts house – once owned by Charles Holme, the founder of the movement’s leading publication The Studio – has been tastefully restored over the years. Beautifully proportioned, with eight bedrooms, it has a sturdy old-fashioned kitchen that leads through to a dining room, at the centre of which is a dining table.

The hall next door, which is effectively a sitting room, is the main reception. It has a beamed ceiling, an enormous stone fireplace and white painted panelled walls. Yet the eye is drawn to the window seat, with its leaded windows overlooking the Jekyll gardens.

Having studied countless books on the great lady, worked from her plans and written two books of her own about her work, does Rosamund feel an affinity with her? “Jekyll was not without a sense of humour, but for the most part she liked serious intellectuals,” she says wistfully. “We wouldn’t have become friends. I think she’d have found me trying.”