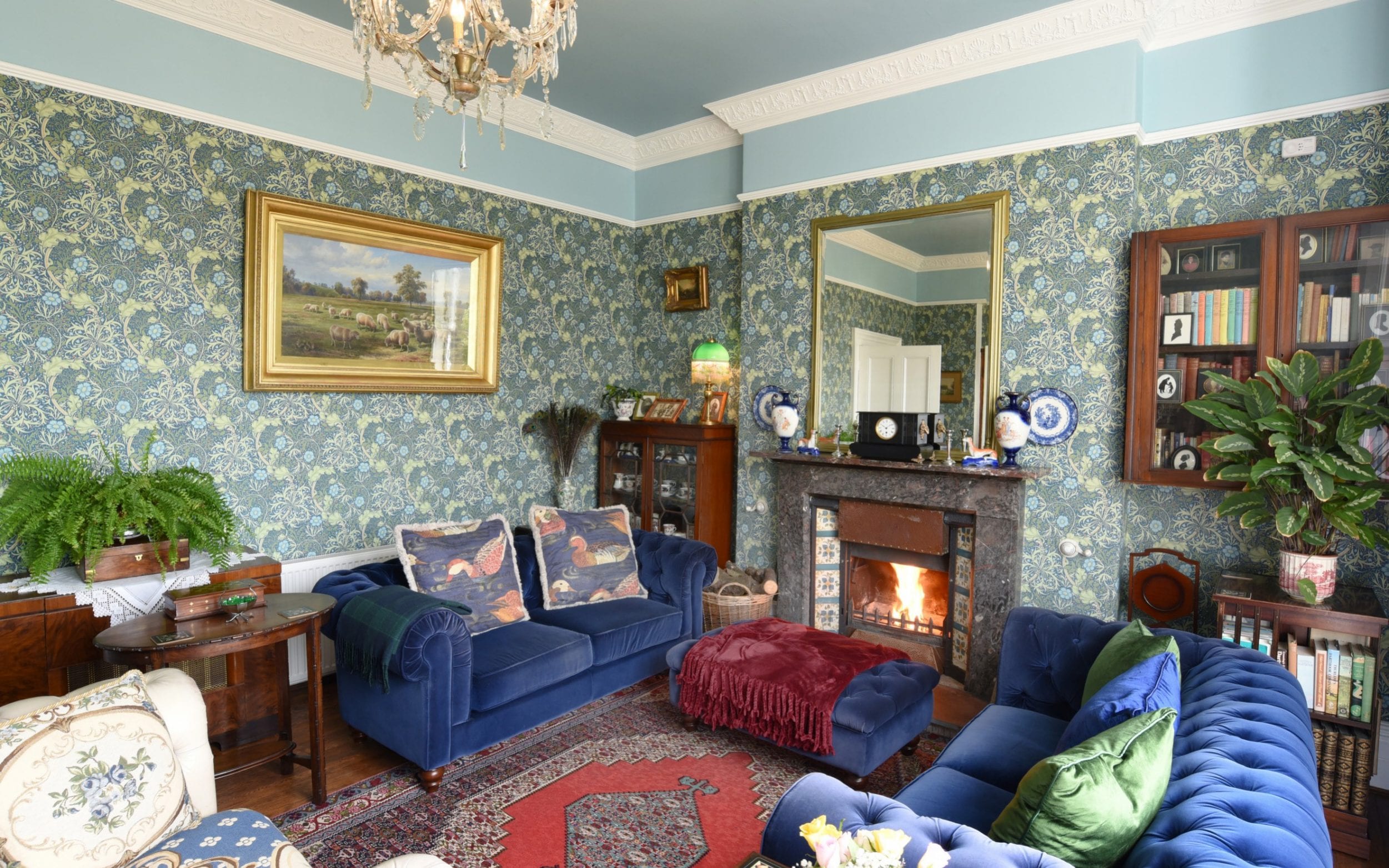 It’s one thing to renovate a dilapidated property into a beautiful home with all the hi-tech amenities a modern family might expect. But it’s quite another to turn it into a time capsule. Amanda Thornton and Stan Moore have embraced the historical roots of their 1870s house, right down to the mirrors, china and cooking utensils, albeit with mod cons.

They bought Beggars Roost, a five-bedroom Victorian house near Yelverton, Devon, in 2016 for £475,0000. “Nothing had been done to it for the previous 25 years,” says Thornton. “For two years, the previous owner, an elderly widower, had lived in just one room. The house was crumbling and decaying through neglect.”

The couple wanted to run a b&b and hoped to give the property a unique feel. So they decided to restore the interior back to its original appearance – although when taking on this challenge, they didn’t have an inkling about what exactly that meant.

“We started by researching the history of the property and spent many evenings poring over historical books, guides and maps of the village. The first vicar, Reverend Henry Frederick Tucker, built the house in 1871,” says Thornton, 51.

They also found the 1949 sales particulars, which demonstrated what the rooms had been, and showed the garden as a croquet lawn. The architectural plans from 1870 said that the house cost £880 to build, the acre plot £60, and the architects, Ambrose & Snell from Plymouth, charged the grand sum of £7 8s 9p.

“Amanda did most of the research as to how the house should look and what furnishings were right for the period. I did a lot of the physical work,” says Moore, 60, who had been a car salesman and mechanic. They uncovered fireplaces that been concealed or ripped out in the Seventies and, when they braved the undergrowth of jungle that had once been a lovely garden, they were surprised to find some original slate surrounds in an old dilapidated cottage.

“We now have nine fireplaces, three of which are working. Two are original, and the rest we sourced from antique shops. Most of the furniture came from auctions and reclamation yards, and the two Chesterfield sofas from a charity shop,” he says.

Every two weeks in the first year, Thornton visited the Tavistock auction rooms. “I still look out for the odd bit, it’s become an addiction,” she says. Replicating the wallpaper was trickier than sourcing the furniture, as only a few faded remnants of the original wallpaper remained in a couple of the bedrooms. They decided to use William Morris wallpaper, as he was the most notable designer of the era.

“We found a retailer, Fabric Gallery in Yorkshire, which advised us on colour schemes. We particularly wanted one called Forest, but it had to be hung horizontally, which we thought may be beyond us. So the gallery made us a velvet wall hanging of the design, which is in the dining room,” says Thornton, who worked for British Airways before retiring a few years ago.

All the original floorboards had survived, including the lovely Austrian oak flooring. The rest, which had been painted, they stripped back and waxed. “We’ve put down rugs as they would have done in Victorian days, but it was quite difficult finding the right size to fit the large rooms,” she says.

It’s not just the decoration that they wanted to keep authentic to the period look. “I bought Victorian vases, china, pictures, books, prints and watercolours of Dartmoor,” says Thornton. In the kitchen are period copper and iron pots and pans, some of which were in the cottage, an original Mrs Beeton cookery book, meat platters and jelly moulds. They have also kept the huge white kitchen dresser after discovering that it had a note stuck to it stating “this must stay in the house”.

The renovation work cost around £100,000, and picking out the furnishings was around £50,000. “It’s been very enjoyable and we’ve put our heart and soul into the house, but it’s too big for us really,” says Thornton. “We’re tempted to do it again; this time an art deco property.”

But how many purchasers might be interested in buying such a time capsule? “I don’t think preserving a property in aspic adds value,” says Clare Coode of Stacks Property Search. “Most people want some period features, but updated. The only time when keeping a property entirely authentic can add value is in a conservation area such as Spitalfields in East London, where such houses are in high demand.”

Miles Kevin, of agent Chartsedge, is selling Beggars Roost, with five bedrooms and a coach house, for £850,000. He reckons that theming a property may put some people off, but most buyers expect to redecorate a property when they move in. “As long as the kitchen and bathrooms have been thought through properly and the property has all the mod cons, there should not be a problem.”