Inside the home that inspired Henry VIII, Jane Austen and Horace Walpole 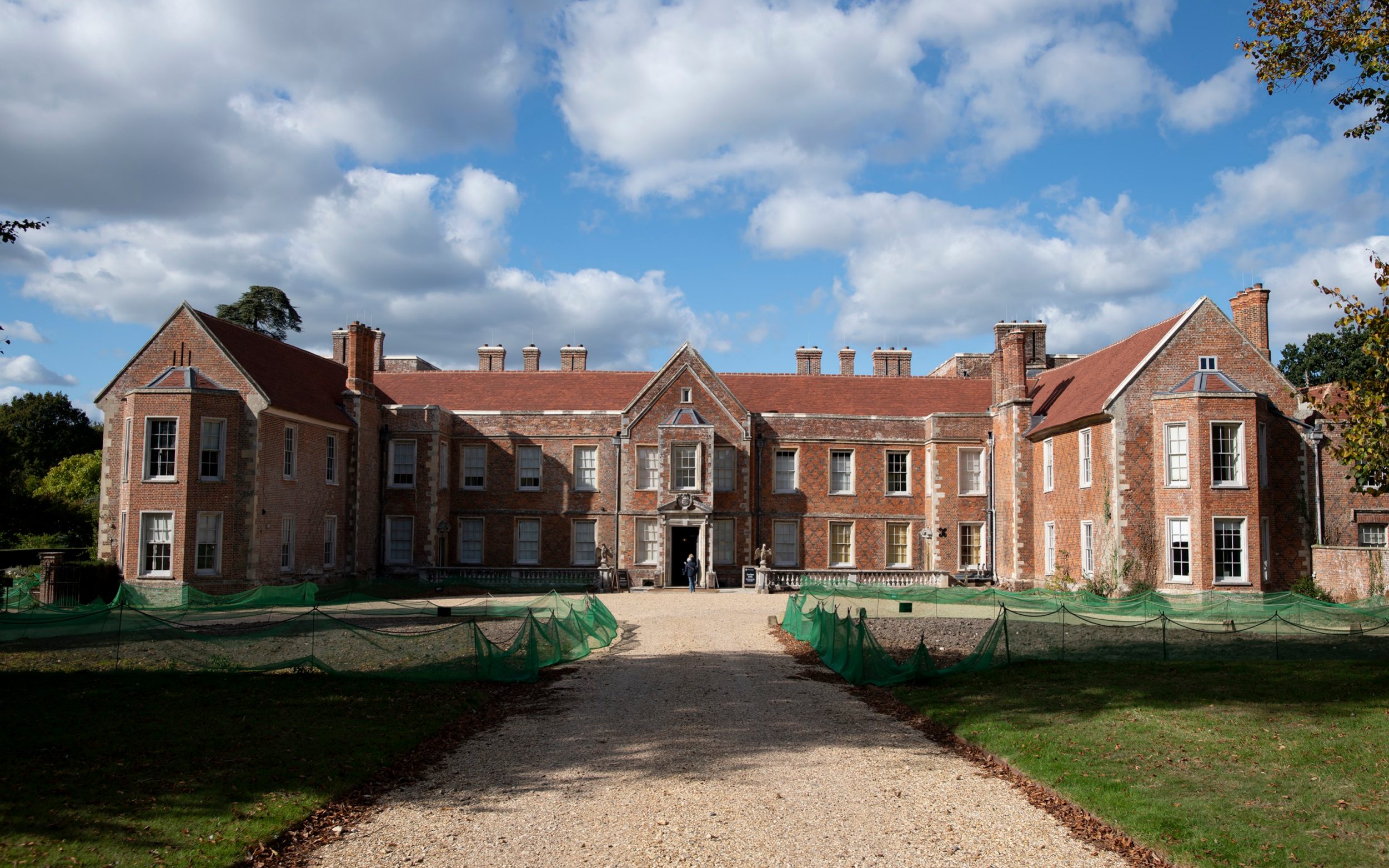 It has been visited by King Henry VIII with two of his wives. Jane Austen ­attended house parties there, and she is thought to have based Fanny Price, her heroine from Mansfield Park, on one of the its residents.

And Horace Walpole is also believed to have been inspired by the idea of building his 18th-century gothic castle in Twickenham, Strawberry Hill, during one of his regular visits.

The Vyne, set on the edge of a tree-lined lake dotted with geese, has played a large but hidden role in British life. Built in 1520, it is an impressive but welcoming 16th-century Tudor manor that is a mishmash of architectural styles from Tudor to Palladian, reflecting its many varied visitors.

The house, outside Sherborne St John near Basingstoke in Hampshire, was owned for many generations by the Chute family before they sold it to the National Trust in 1956.

This is much to the relief of Robin Chute, 71, who would have ­eventually taken on the responsibility of the estate if it hadn’t been sold. ­Instead, he worked alongside the National Trust as the representative for the donor family, and can now enjoy the house’s beauty without the worry of its annual £1 million upkeep. An eye-watering £5.4 million was recently spent to repair the roof alone.

“I feel a distant, but strong, attraction to it,” says Chute of the house. His late father, Anthony, was next in line to inherit the property. “My grandfather had always warned my father not to take it on as it would be a millstone round his neck, and I’m jolly glad he didn’t.

“He once told me that he had a choice of either taking on The Vyne or giving me and my two brothers a ­private education,” adds Chute, who ­attended Winchester College, where he now works as the estate bursar. “He couldn’t afford to do both.”

His father was convinced it was haunted, and it’s easy to imagine past lives walking through the magnificent Tudor oak-panelled gallery, or attending a service at the beautifully preserved 16th-century chapel with its exquisite stained glass, considered as among the finest in Europe.

Once a great Tudor powerhouse comparable in size to Hampton Court, The Vyne was built by King Henry VIII’s lord chamberlain, Sir William Sandys, to reflect his status at court.

The king visited several times, with both his first wife, Catherine of Aragon (her symbol of the pomegranate is carved into the pews in the chapel), and then with his second, Anne Boleyn, while on a Royal progress in October 1535.

It was the same tour of the country that bought Jane Seymour to the king’s attention when he and Anne stopped off at Jane’s family home, Wolf Hall.

“We know that Sandys was a huge supporter of Catherine of Aragon so when Henry said, ‘By the way, I’m popping by with my new wife,’ he couldn’t have said, ‘Sorry, busy that weekend’,” explains Stuart Maughan, The Vyne’s general manager.

“Henry came for four days and brought about 800 people with him, so Sandys would have had to remove his staff, along with his furniture and tapestries, as the king brought his own. He liked to dress the rooms to make things more grand.”

Just seven months later, Anne suffered a miscarriage and Lord Sandys, a shrewd courtier who kept on the right side of Henry throughout his turbulent reign, escorted her to the Tower of London.

In 1653 the house came into the Chute family when it was bought by Chaloner Chute, the Speaker of the House of Commons under Oliver Cromwell, who promptly built the rather grand portico at the back of the house.

Over the next three centuries, it remained with the Chutes as parts were added and restored, including the magnificent ­Palladian staircase and hall in 1769 in the centre of the house, which had been ­inspired and encouraged by family friend Horace ­Walpole.

Jane Austen, whose father was a rector in a nearby church, mixed in the same social circles as the Chutes and attended parties thrown there.

It’s thought that she may have based her Mansfield Park heroine Fanny Price on Caroline Wiggett, who came to live at The Vyne in 1803 aged three, having been plucked from a pool of poor distant relations and adopted by the childless couple who lived there, William John Chute and his wife Eliza.

They passed the house on to Caroline’s brother, William Wiggett (who later added Chute to his name) in 1842, by which time it had fallen into benign neglect.

The father of 11 children, ­William effectively saved The Vyne from dereliction by investing all his wealth into its repair. As a result, his four daughters never married. “Because he had to spend money on the house he couldn’t afford to introduce them to society, so they couldn’t find husbands,” explains Maughan.

“They were unable to accept invitations as they weren’t in the position to host dances at the house in return. His daughters never had suitors, or started families, or moved away. Their life was this property.”

Chute has been working closely with The Vyne to bring the story of Wiggett and his family to life in an exhibition that has recently been unveiled in the mansion this autumn after a two-year project to repair the roof. “William Wiggett is the only reason we’re all standing in this room today,” he says.

Chute was only nine years old when the house was sold, and remembers as a child ­making the six-hour journey from Suffolk with his family to visit the property, often at Christmas.

“I have fragmented memories, but it was always very cold, and because there hadn’t been a child in the house since the 1880s there weren’t any toys,” he says. “We played hide-and-seek, but were never allowed beyond the green baize door into the kitchen area, as that’s where all the servants were. I would have got into trouble if I had.”

They weren’t always well behaved. “Once my brother Chaloner and I had a sword fight with the Commonwealth swords that still hang on the wall here in the Oak Gallery, and I got a bit too close to a Watteau leather screen,” he says. “I was caught just before I slashed it in half.”

Does he ever look at the house and think, ‘All this could be mine?’ “I might have tried to turn it around and give it a go,” he admits. “But it would have been difficult.

“My brother was married here, and I remember my father saying, ‘Thank God it’s not mine – they’re going to have to re-roof that sooner or later.’ So I think he made the right decision.”

Now lovingly preserved by the National Trust, the 200,000-odd visitors who enjoy the newly-­restored gardens and house each year would no doubt agree.