Inside Hawarden Castle: packed with quirky vintage finds and ‘probably around 25’ bedrooms 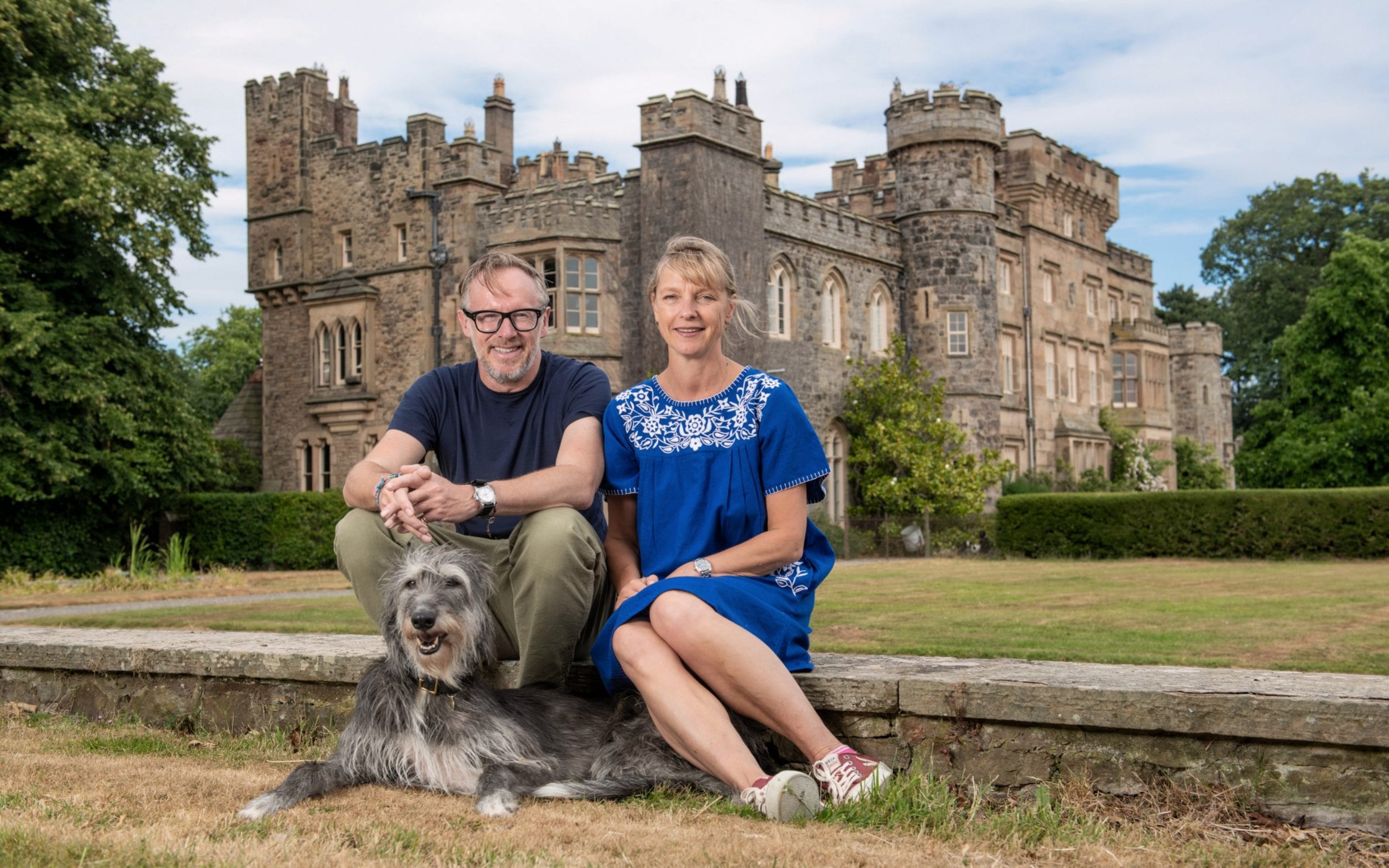 For Charlie Gladstone, inheriting Hawarden Castle has always been about more than just the bricks and mortar.

The great-great grandson of William Ewart Gladstone, the 19th-century Liberal prime minister, is also determined to bring life and soul to the community that surrounds the estate in Flintshire, Wales.

“When a planner green-lights a housing development of any ambition and scale, they try to think beyond the obvious of a playing field or supermarket,” says Sir Charles, who rarely uses his title. “They also think about community shops and cultural or activity spaces. And that’s essentially what we’re doing.”

His biggest venture has been the Good Life Experience, a food, music and craft festival which has been held on the estate every September since 2014, and attracts up to 6,000 visitors a year with an eclectic line-up that includes music from DJ Trevor Nelson, dumpling workshops and spatula making.

Along with his wife Caroline, Gladstone, 54, also runs two farm shops, a gastropub and a wedding venue. That’s in between running his two other properties – another castle and a Georgian shooting lodge in Scotland; his retro homeware and interiors retail business Pedlars; and raising a family of six – his children are now grown up.

It’s no wonder, with all that going on, that he’s a bit vague when it comes to some of the details about his Welsh home, an imposing sandstone building with turrets and spiral staircases, which sits in 3,000 acres surrounded by rolling Welsh hills. For example, how many bedrooms does it have? “Probably around 25,” he says, vaguely. Does he know who built it? “No, but I bet Wikipedia can help you.” (It doesn’t – but it was built in 1752-57 for Sir John Glynne).

By his own admission, he’s no history buff. “My personal hobbies and interests are all pop cultural, and my main interest in life has been pop music,” says Gladstone, who was educated at Eton and Oxford before working in music A&R, discovering the Charlatans and managing They Might Be Giants for Warner Music.

How many bedrooms does it have? ‘Probably around 25,’ he says, vaguely

“There are two types of people who inherit legacy houses or estates: those who are dedicated to the history and there are people like me, who are trying to drive the legacy forward. I don’t think you have an obligation to know the history.”

He’s become more interested in his great-great grandfather as he’s got older. The best-preserved area of the house contains William Gladstone’s study, known as the Temple of Peace, which remains untouched. The room (and, indeed, the rest of the house) has never been opened to the public, but 33,000 of his ancestor’s books are kept in a library in the village, which is the only ministerial library in the country; William Gladstone lived there for 40 years.

The other important family influence has been Cecil Beaton, his mother’s great-uncle. “So I’ve also got a high level creative gene.” Evidence of this is all over the house. The formal rooms have been kept pretty much intact, and the striking electric-green paint in the hallway and drawing room is at least 100 years old. But the house, where the family does a lot of entertaining, is also filled with the “tens and thousands” of vintage objects that Gladstone and his wife have collected over the years while running Pedlars.

“I have a huge collection of bits and bobs, from taxidermy to motorbikes and bits of architectural salvage, which I’ve put around to try and soften the more formal rooms. We’ve also got quite a lot of neon lights and contemporary art dotted around. I feel that says to people that this is a happy, fun place and you don’t need to stand on ceremony.”

Gladstone had “an incredibly happy” childhood with his younger brother and sister growing up on the estate, which at the time he didn’t recognise as grand. “I don’t think it’s possible to see your home as anything other than your home,” he says. He also remembers when the local steelworks closed down in 1981, making about 6,000 people redundant. “I remember finding the environment quite oppressive because I was quite conscious of being the privileged, posh boy. I felt if I put my head up, someone would hit me in the face.”

He never worried about the fact that one day he’d take on his father’s responsibilities. “I didn’t really think about it,” he says. “There was no pressure, and my father, who was very clever, never did any of that, ‘One day this is all coming to you’.”

The “financial engine” that fuels the house is the residential and commercial property on the estate, including 22 farms. As a result the family has been able to maintain a constant process of refurbishment over the past 100 years.

This year’s festival, which Gladstone first set up with musicians Steve Abbott and Cerys Matthews, the former Catatonia singer and BBC Radio 6 presenter, was their fifth.

“The idea is to give people new skills and ideas during the day, and have a great party at night,” he says. “It’s really hard work but incredibly rewarding.” About two thirds of the 6,000-odd visitors camp in the estate grounds, and Gladstone is hoping to grow the festival by another 2,000 people in the next couple of years – along with his other businesses.

“I see us getting better and better at all the things we do to feed the house, and there is nothing to stop us from being the best,” he says with a determination of which his great-great-grandfather would be proud.