'Holkham Hall isn’t a museum, it’s a family home – but it’s great that we can share this place with people' - New Build Inspections

‘Holkham Hall isn’t a museum, it’s a family home – but it’s great that we can share this place with people’ 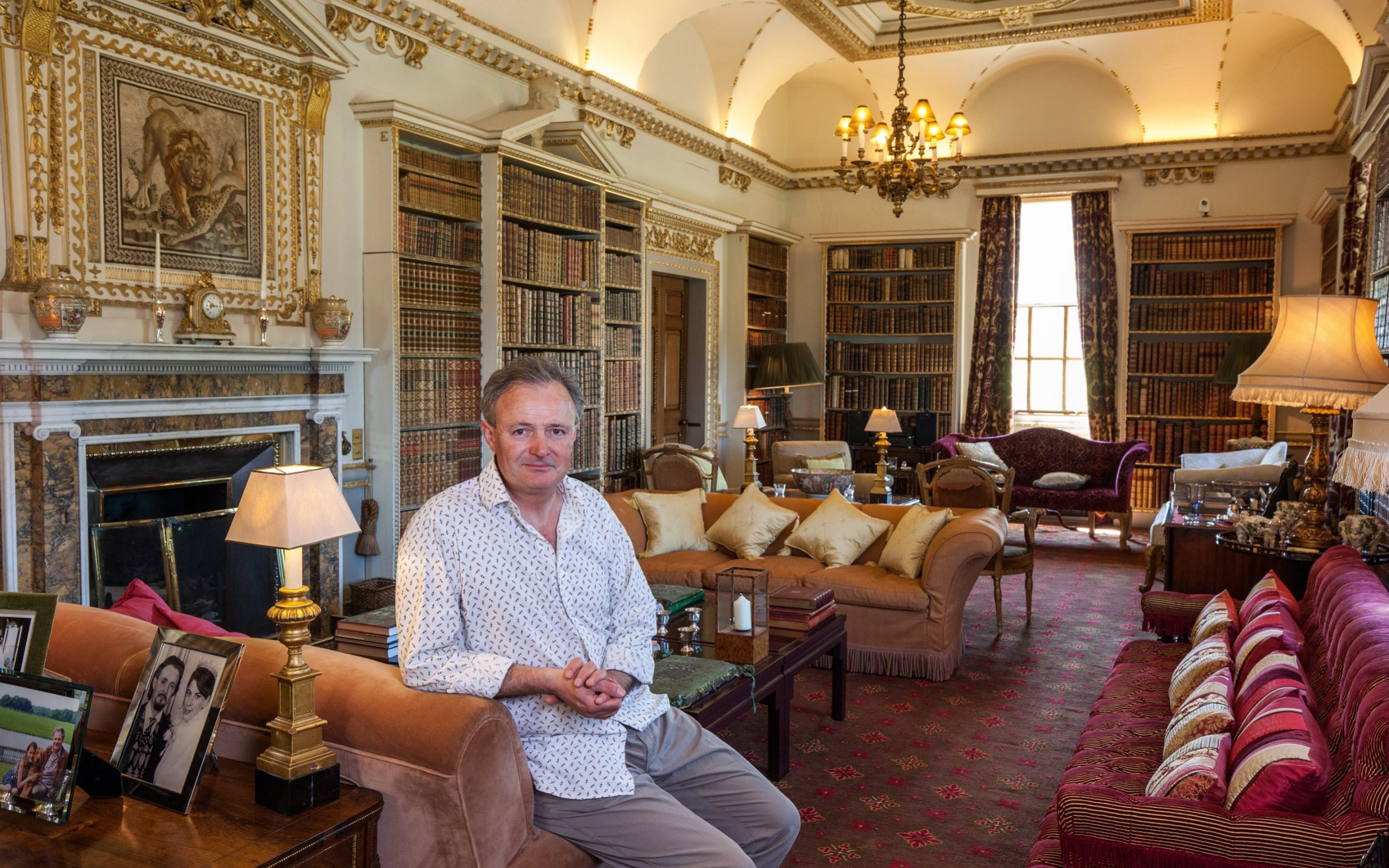 It sounds like one of the most impressive gap years in history: exactly 300 years ago Thomas Coke, later the first Earl of Leicester, returned from a sixyear Grand Tour around Europe.

After a serious spending spree, and with a new-found appreciation for art, music and architecture, he also came back with a vision for a grand Palladian-style house that would stand proudly on the north coast of Norfolk, where his family had lived for more than a century.

Those undergoing major house works will sympathise: it would be the project of a lifetime – literally. He started building in 1734 and the property was finished in 1764, five years after his death.

It’s a beautiful house, with a magnificent six-columned portico announcing the entrance to the principal block, and four symmetrical wings flanking the main building.

“From the outside people think it’s austere. Sir Nikolaus Pevsner describes it as the most classically correct house in England,” says Thomas Coke, the current Lord Leicester and the eighth Earl. “But actually inside it’s a very warm house.”

It’s true; while certainly grand, and packed with the treasures from the first Thomas Coke’s tour, it is inviting too. Visitors can walk on the carpets and the many treasures of the house aren’t roped off.

It’s evidently a family home, too: on the sideboards there are pictures of Lord Leicester with his wife Polly, the Countess of Leicester, and their children Lady Hermione Coke, Lady Juno Coke, Lady Elizabeth Coke and Viscount Edward Coke.

Look out of the window and you might see a football on the grass or an upturned bicycle. Once or twice Lord Leicester has been writing letters in the library when visitors have wandered in.

“Holkham isn’t a museum, it’s a family home,” he says. “But it’s great that we can share this place with people.” The only downside, he adds, is that occasionally guests leave litter. “It’s a small minority, but whenever I take the dogs out for a walk, I come back with handfuls of it,” he says.

While his children have lived here since they were young – they moved in when Lord Leicester’s late father, the seventh Earl, retired in 2008 – Lord Leicester himself first moved in when he was a teenager. Before that, he and his family had lived in a house along the coast.

What was it like moving into the big house? “The only times I remember it being particularly noticeable is when I’d come back from a party where I’d stayed overnight. I parked my car on the gravel and walked back to the house wearing an AC/DC T-shirt and torn-off shorts,” he says, chuckling. “I looked up and saw all these visitors looking at me.”

Otherwise, he was blithely unaware. He soon left for Manchester University to study history of art, and then Sandringham to join the family regiment, the Scots Guards, for six years. “I remembered feeling rather jealous of my friends doing their job applications. My future was mapped out, whereas the world was their oyster.”

But instead of doing 10 years in business, as he’d intended, he returned early to Holkham. “I came back in 1994 aged 28, and my father said, ‘I don’t know what you’re doing back, there’s nothing for you to do, I’m doing it all’.”

His father, who was born in what was then known as Rhodesia, had come to England in his 20s to revive a nearly bankrupt family estate. Through careful management, he turned the finances around, focusing on “traditional stuff, farming, forestry, gamekeepers’ issues”.

The young Lord Leicester, however, saw opportunities to branch out. He bought up barns and cottages, transforming them into holiday cottages, and took over the running of a now hugely profitable caravan park. In 2001, with his wife he started running the hotel and pub, The Victoria, that sits at the bottom of the drive. “We’re the first members of the family to attempt running it,” he says.

They are very hands-on. The Lady Leicester warm winter salad on the menu is “a prime example of my wife’s influence,” he says. “Polly’s perception was that we needed some more healthy stuff on there, along with the hearty pub food, for ladies that lunch.”

While farming is as strong as it ever was – the farm produces potatoes, rapeseed oil, sugar beet and barley that is sold to make beer, as well as the centres of Maltesers – tourism has overtaken it in terms of revenue.

Now, 50 per cent of the estate’s income comes from visitors to the house, the hotel, the car parks that access the beach or the nature reserve.

There is a dizzying array of businesses and joint ventures, from commercial properties (where the jeweller Monica Vinader has its HQ), to an anaerobic digestion plant, to organising events such as weddings and triathlons (Lord Leicester has done several triathlons himself, including an Iron Man). To service this enormous operation, there are 250 employees.

They’re big on conservation too: “Our biggest success is that we’re the first place in Britain that spoonbills have bred since the 1600s; now we have 24 breeding pairs,” he says.

The life of a modern earl is rather far removed from that of the first one. Lord Leicester is fascinated by management techniques to keep his estate running smoothly; he took his team to Volvo in Gothenburg and came back buzzing.

“My wife and I had a meeting in the kitchen with a garden designer, and I was fresh back from this trip, and I said, ‘right, we’re having this meeting standing up’. And it was over in half the time.”

Lord Leicester says that he has never minded sharing his home with guests: “I used to find it amusing if we were having lunch outside and you’d look up and see visitors peering down trying to see which one you are in their guidebook,” he recalls. But it must, nonetheless, be a relief when the gates close.

“It is rather nice when the house is closed, and when everyone has gone to bed, to sit at the bureau in my library with the fire going and a glass of whisky, and write my thank you letters with the family asleep around me,” he says. “That is a lovely feeling.”