For sale: a house that its architects claim will stop ageing and death - New Build Inspections

For sale: a house that its architects claim will stop ageing and death

Home / Private: News / For sale: a house that its architects claim will stop ageing and death
5th October 2018      0 Comments      Uncategorised 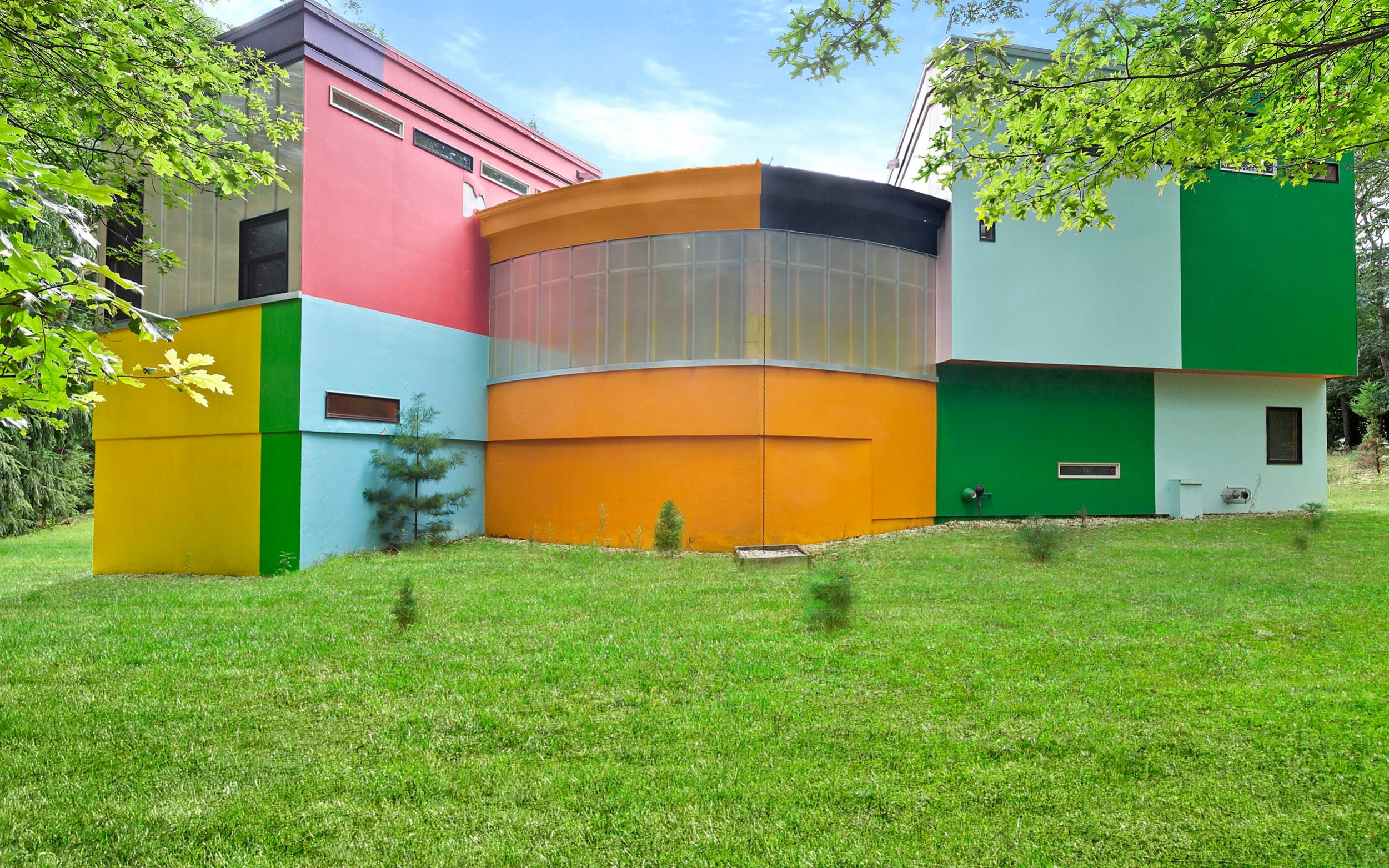 We should win a Nobel Prize for this,” claimed the architect Shusaku Arakawa. Since he met his wife, the American poet Madeline Gins, in 1963, they set about learning how not to die – or rather, how to defeat mortality.

They did this by creating buildings they believed would increase the longevity and well-being of those who lived in them. The eccentric pair called this idea “reversible destiny”, and set up foundations in order to spread the word.

One such house was built in East Hampton on Long Island, New York, with 40 bright colours daubed on its walls, making it stand out from the surrounding ordinary suburban homes. Its full name is Bioscleave House (Lifespan Extending Villa), and its ­creators claimed it will stop ageing and death.

The kitchen sits at the centre of the house, and all around the floor undulates with boulders, pockmarked like the surface of the moon. It is designed to make you feel uneasy, with windows at different heights, no doors, with few flat surfaces except for the walls.

There are poles dotted around the floor to grab on to for those whose footing is uneasy or who ­become disoriented. In an interview with The New York Times, Arakawa compared himself to the first man on the moon, saying: “If Neil Armstrong were here, he would say, ‘This is even better!’”

Despite the fact that it resembles a playground, when it was first built, children were banned and visitors were asked to sign a waiver before they entered.

Their idea was that your body will become more aware of its surroundings, and work harder to maintain equilibrium in this extraordinary environment that would then stimulate the immune system, and thus stop ageing. After Arakawa – who rarely used his first name – died in 2010, Gins said that she would continue her work to prove that “ageing can be outlawed”.

There are two bedrooms and a study that sit off the main, lunar-feeling area, as well as a study and a luxurious bathroom with a large bath at its centre.

The house took eight years, cost more than $2 million (£1,539,946) to build, and was finished in 2008. It used Japanese techniques such as making the floor with hardened soil and a little cement. The walls were made using materials such as metal and polycarbonate.

The elaborate bathtub was sold to the couple for a fraction of the original cost by a supplier because he was so taken with their childlike enthusiasm.

It followed on from several “reversible destiny lofts”, they built in Mitaka, Tokyo, which were lived in by elderly people. Arakawa described how they would slither across the bulbous floor like snakes, which months later had boosted their immune systems.

It is unclear how much of Arakawa and Gins’ ideas are simply one large surrealist art project (they were protégés of Marcel Duchamp), or a very elaborate joke. But their idea was to upend the way we think about what our homes should look like, and bring a playful touch to the way we live.

If you are on a quest for eternal life – and are happy with the searingly bright walls, strange window placement, lack of doors and having a lunar landscape for a living room – Bioscleave House is on the market for $2.495 million with Brown Harris Stevens.