Did you listen to Beatles LPs? Now you can live in the factory where they were made 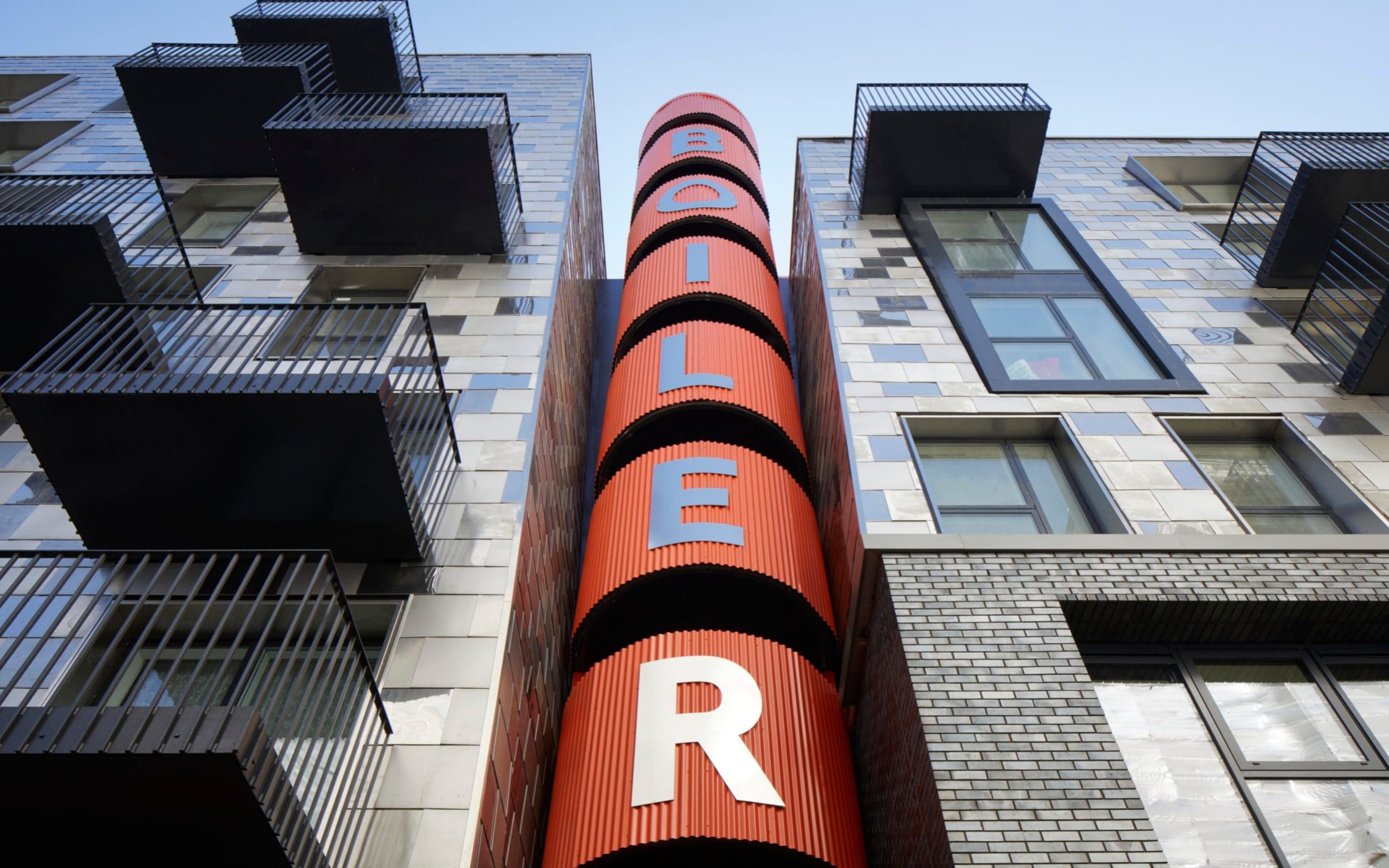 You may have eaten a Terry’s Chocolate Orange as a youngster, or listened to Beatles LPs; now you can live in the factories that made them.

Brand recognition and nostalgia are powerful tools, and now they are being used to market property. The neglected factory sites that once produced the likes of Kodak film and EMI records are being given a new lease of life as places to live, and are aiming to regain the buzz and sense of ­community they once had.

Factories producing some of the best-known household products were for many years focal points in the ­communities they operated in. They provided not just employment but ­often housing, schools, leisure ­facilities and healthcare. But, as production stopped or moved, the factories fell into disuse, often leaving a hole at the heart of the local area.

Developers have woken up to the benefits of such sites. They’re mostly designated as brownfield land, which usually makes it easier to gain planning permission than building on green belt.

Because of the nature of their previous industrial lives, they have a large footprint of underused land and, in many cases, have historic buildings that give a site character. The need to be close to transport hubs means they also usually are in ideal locations near city centres or road and rail links.

Simon Harding-Roots, who is the head of major projects at Grosvenor, is regenerating the former Peek Frean biscuit factory in London’s Bermondsey. “There’s a positive association with the name Peek Frean, not just locally but London-wide,” he says. “People tell me that there was always a nice smell in the area.”

The family-owned business had once been a huge local employer and, before the welfare state was established, looked after employees with healthcare and leisure facilities. Most workers lived in the streets bordering the site, which closed in 1989.

Plans for the 12-acre scheme include 1,350 homes – which will be rented rather than sold – commercial and retail space, leisure amenities and the redevelopment of an existing school. Several period buildings are also being restored, after requests from local residents. “The factory was a central part of the area, so it’s important to keep the integrity of the site,” says Harding-Roots. “We’re also having fun with street names and whether they should be named after biscuits.”

Records by some of the biggest bands, including The Beatles and Pink Floyd, were pressed in the factory

Similar affection is felt for the former EMI plant in Hayes, west London, now renamed The Old Vinyl Factory. The  17-acre site was once at the heart of the UK music industry, where records by some of the biggest bands, including The Beatles and Pink Floyd, were pressed. When EMI sold the site, it became a business park and its fascinating past was all but forgotten.

Developer U+I is working to emphasise the history of the factory, while ­transforming it into a community with office and retail space, a cinema, school and health clinic. There will be three residential blocks, two of which will be for the rental sector. Properties for purchase are in the Boiler House and range from studios to two-bedroom apartments, with prices starting from £290,000.

When The Old Vinyl Factory launched, U+I asked for anyone with memories of working at EMI to come to an event in an attempt to learn more about its history. They were surprised by the response. “We had people turning up with memorabilia, signed photos, rare records,” says Rebecca Selby, U+I’s development director. “The local community has also been engaged. Residents who didn’t know are now aware of the amazing history and heritage of the site.”

Elliot Howells, 25, a technology consultant, had no idea of The Old Vinyl Factory’s history when he bought his one-bedroom flat there. “The amenities and location were the draw, but it’s a pretty cool story,” he says. “I think it’s brilliant to see old sites being redeveloped. Everyone’s heard of EMI, it makes it a lot more interesting than the usual new-build.”

Also in Hayes is the Nestlé factory, fittingly located on Nestles Avenue, near the new Hayes and Harlington Crossrail station. The site produced instant coffee ­until 2014, and is now in the early stage of redevelopment by Barratt Homes. It will have a proposed 1,381 residences and its three acres of public space will sit on the Grand Union Canal.

Though much of the modern factory will be demolished, an art deco-style façade and a memorial to workers who died in the two World Wars will be retained, as will the original, century-old Sandow Building. It is named after the founder of the site, famous Victorian strongman Eugen Sandow. After a successful global ­career in physical fitness, Sandow ­invested in cocoa production, building the factory in Hayes in 1913. His firm went into liquidation a few years later and was bought by Peter, Cailler, Kohler, which merged with Nestlé  in 1929.

Another Barratt scheme is the former Kodak factory in Harrow, which was the company’s first non-US operation. Once a hub of the photographic processing industry, the 30-acre site, renamed Harrow View East, recently received approval for a development with around 460 homes in the first phase, designed by architecture firm Pollard Thomas Edwards. There are plans to build offices, retail and ­more flats on the site.

The factory dates to 1891 and was initially used for developing photographs. According to historic reports the ­pictures were coated with a product made using albumen, a protein found in egg whites, and so around 100 chickens were also kept on site at the time.

At its peak, the factory had 6,000 staff but, by the start of this century, the need for photographic products was dying out as digital took over, and the Harrow site closed two years ago. “Kodak was a household brand and a major employer in the Harrow and Wealdstone area,” says Stephen Day, managing director of Barratt West London.

“The site still holds memories for those living in the area and, as part of the redevelopment, the planning team has endeavoured to incorporate the history by reflecting the architectural themes of the existing buildings.” Though much of the industrial plant will be demolished, the chimney and the powerhouse will be retained as part of an energy centre and community facility.

Old factories are getting makeovers across the country. Historic York may be famous for its minster and quaint streets, but it was also once home to some of the UK’s best-known ­confectioners, including Terry’s, makers of the Chocolate Orange and All Gold chocolates.

But the 27-acre site has been transformed: the factory, now called The Residence, has been converted by developer PJ Livesey into apartments, which are now all sold. A further 22 flats are planned to be built inside the clock tower.

The remaining 13 acres have been developed by David Wilson Homes into apartments and townhouses, designed to appear in harmony with the former factory’s heritage buildings. Two-bedroom properties start at £319,995.

Penny Duke, 60, who grew up in the York area, was an early buyer at the evocative-sounding Chocolate Works and owns a three-bedroom townhouse. “The Chocolate Works is in a lovely location, by the racecourse and near the city centre,” she says. “There’s a nostalgia to the Terry’s factory, and the area always used to smell of chocolate.”